"Rebirth" is Jennifer's 4th album released on March 1, 2005 on Epic Records. The original working album title was "Call Me Jennifer" which was a response to the "J.Lo" moniker which Jennifer claims gave her an unfair reputation of being an over-the-top diva.

The title was chosen as an attempt for Jennifer to start a new beginning after her relationship with Ben Affleck fell apart and the commercial failure of her 2003 movie, "Gigli" which is considered one of the worst movies of all time.

Jennifer's ex-husband, Marc Anthony co-wrote and produced the song, "(Can't Believe) This is Me." One of the songs from the album, "Cherry Pie" was planned as the third single released from the album, but was canceled due to low album sales.

In November of 2002, Jennifer became engaged to Academy Award winning actor/director Ben Affleck and their high-profiled relationship gained a substantial amount of media attention. The media & the public began to refer to the couple as "Bennifer."

During that same month, Jennifer released her third album "This Is Me... Then" which was lyrically dedicated to Ben. The album became one of the most high-selling albums in Jennifer's career.

Due to the overexposure from the media and public which negatively affected both their careers, Jennifer & Ben broke off their engagement and by January of 2004, they had split. In June of 2004, Jennifer married singer Marc Anthony and a month later, she stated that she felt renewed.

In October of 2004, it was reported that Jennifer was in the studio with Sean Garrett and in December of that same year, the album title was announced to be "Rebirth" and MTV News confirmed that guest artists such as Fat Joe, Fabolous and Marc Anthony would appear on the album along with a few song titles.

The album title was personal to Jennifer, who at the time felt reborn and wanted to be rid of her "J-Lo" diva persona that the public believed her to be. She first considered naming the album "Call Me Jennifer" because it would be her way of saying godobye to her J-Lo image, but Jennifer later stated:

The reason Jennifer named the album "Rebirth" was according to Jennifer:

"I decided to call it Rebirth because I had taken a vacation for the first time in a long time. I'm a bit of a workaholic, and when I came back it felt I was in a different phase of my career, as well as life, and the title represents a new beginning."

During low-key visits to the Children's Hospital Los Angeles, Jennifer befriended an 11-year-old cancer patient named Paige Peterson, who was determined to attend the inagural "Noche de Niños" gala where Jennifer was being honored with an award. Despite her worsening condition, Paige attended the gala that night, but by the next morning, she had passed away.

Paige inspired Jennifer and made her realize why she does charity work and stated:

"That's why I do this. I don't like to do my charity work in public. That's not what you do it for."

Paige's mother said that Jennifer helped Paige deliver her message which was letting the world know that kids get cancer too. Jennifer dedicated the album to Paige in the album credits where it is written:

"This album is dedicated to the memory of a little angel who touched my heart...Paige Peterson."

"Rebirth" received mixed or average reviews. Allmusic's review stated: "Since it doesn't deviate from the blueprint she's followed on her first three albums, it's hard to call this record a literal creative rebirth, but song for song, Rebirth has more energy and better hooks than her other albums. It may not be deep, but it sure is fun — and after the tumult of 2003 and 2004, Lopez sure does deserve to have a little fun." 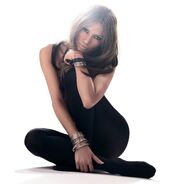 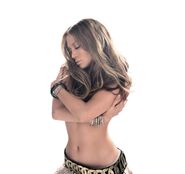 Add a photo to this gallery
Retrieved from "https://jenniferlopez.fandom.com/wiki/Rebirth?oldid=4730"
Community content is available under CC-BY-SA unless otherwise noted.